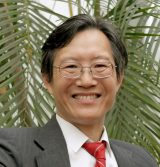 Wen Jeng Chen, Ph.D., P.E., Fellow ASME.  Dr. Chen is the creator of DyRoBeS (Dynamics of Rotor-Bearing Systems) and the founder of Eigen Technologies, Inc. He has worked in the compressor industry for over 21 years. He has made significant contributions in the area of rotating machinery as a practical industrial engineer and outstanding researcher. His achievements have been both analytical and design-oriented and have spanned a broad spectrum of topics in the field of rotating machinery. He has published a number of journal papers and written two outstanding books on vibration, rotordynamics and bearing design. Many universities use one of these books as textbooks in graduate study. His most significant accomplishment has been the development of two outstanding finite element computer codes which have revolutionized the process of both rotordynamics and bearing analysis and made it possible for engineers to solve complex rotordynamics problems. These programs are widely used by government agencies (FAA, NASA, US Air Force, and US Navy), universities, and various industries (Boeing, GE, GM, Honeywell, Northrop Grumman, Siemens, Concepts NRES, and by many consultants… etc.). He also holds several patents in bearing design. He received the IR President’s Award in recognition for his outstanding engineering achievement and significant contribution to the growth and success of the company while he worked with Ingersoll-Rand Company. He has consulted with NASA, GE, Northrop Grumman, Honeywell, Borg Warner, Ramgen Power Systems, and many companies in rotordynamics, bearing analysis and design, and vibration problems. He is constantly giving short courses in rotordynamics, bearing analysis, and design. He is a Fellow of ASME and has served as a technical reviewer for several ASME journals. He received the H. H. Jeffcott Award for outstanding ASME technical paper on rotating machinery. He is also listed in Who’s Who in Science and Engineering, 2000/2001.

Since 1991, Rodyn Vibration Analysis has helped engineers model and analyze rotating equipment with the most advanced methods available. From the petrochemical industry to the NASA space shuttle, Rodyn has been in the forefront of rotor dynamics research and engineering support.

In addition to consulting work, Rodyn markets the Dyrobes software suite, designed for engineers in the utility, petrochemical, marine or aircraft industries who need a powerful tool for the complete analysis of the dynamic characteristics of rotating turbomachinery. 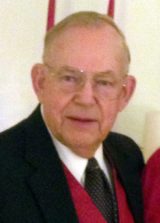 Dr. Edgar J. Gunter, President, is now a professor emeritus, after teaching for 34 years in the Department of Mechanical, Aerospace and Nuclear Engineering at the University of Virginia. Since his retirement in May of 1998, he has worked extensively with finite element analysis of rotating machinery. Dr. Gunter has had considerable experience working with the power utility industry on various types of equipment such as primary air fans, large turbine-generators, and main nuclear recirculation pumps with both fixed and tilting-pad bearings. He has worked with industry and government on various rotor dynamic and vibration problems connected with high-pressure and seal injection pumps, turbine-generators, aircraft gas turbines, engine noise and vibration reduction, and fan manufacturing. He also consulted with NASA and participated in hands-on work on the space shuttle program in its early days. NASA engineers utilize DyRoBeS software extensively, and Dr. Gunter has presented numerous on-site training courses at NASA on the use of both the rotor dynamics and bearing components of the software.

Dr. Gunter has pioneered the use of squeeze-film dampers in industrial compressors for rotor dynamic stabilization. Recently, the squeeze-film damper using closed-end air dampers has been applied for the stabilization and dynamic reduction of high-speed aircraft ACM units. In 2008, Dr. Gunter was awarded the first Jack Frarey Memorial Award by the Vibration Institute for contributions to the field of Rotor Dynamics. 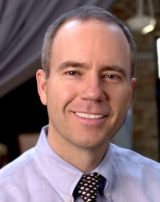 Peter Gunter, Director of Sales & Marketing, has worked in advertising, sales and marketing for the past 20 years. He has been working at Rodyn Vibration Analysis, Inc. since 2010, to help build the Dyrobes user base, provide customer support, and handle the license renewals. Peter is the first point of contact for all support issues. He has a B.A. from the University of Virginia and an M.A. from the City University of New York City.

Xdot Engineering and Analysis has built their reputation in the field of rotordynamics by providing accurate, timely, and cost-effective results to their clients. A nimble R&D firm that works with a network of other specialized companies, Xdot thrives on complex and innovative assignments that require multi-disciplinary coordination and oversight.

As Chief Engineer and founder of Xdot, Dr. Erik Swanson began his career at the Virginia Tech Rotordynamics lab and at Mohawk Innovative Technology. Since 2003, Xdot has focused on several specialties including foil bearing applications, analysis tool development, bearing shape optimization, and friction damping. For more information about Xdot Engineering and Analysis, visit their website at www.xdotea.com. 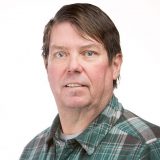 Malcolm E. Leader is the owner of Applied Machinery Dynamics Company. After working for Monsanto Company in Texas City for 9 years, Mr. Leader has run his own turbomachinery consulting business for 24 years. With a focus on providing practical solutions, he specializes in lateral rotordynamics including bearing and seal optimizations as well as steady state and transient torsional analyses. He has analyzed and improved the stability and reliability of over 176 rotating equipment trains. He also offers field diag- nostics of machinery problems and advanced vibration testing and analysis. Mr. Leader is a Vibrations Institute Level IV instructor and conducts training programs throughout the world, including the Dyrobes Users’ Group. Mr. Leader received his BSME in 1977 and his MSME in 1978 from the University of Virginia.